Bowel cancer (also known as colorectal cancer) is cancer in any part of the colon or rectum. It is the second most common cause of deaths in Australia with over 15,000 people diagnosed each year. It affects both men and women and causes more deaths than breast cancer or prostate cancer.

Bowel cancer is 90% curable if detected early (Stage 1). However, if it is not detected it will continue to grow and spread to other organs where it will be harder to treat. 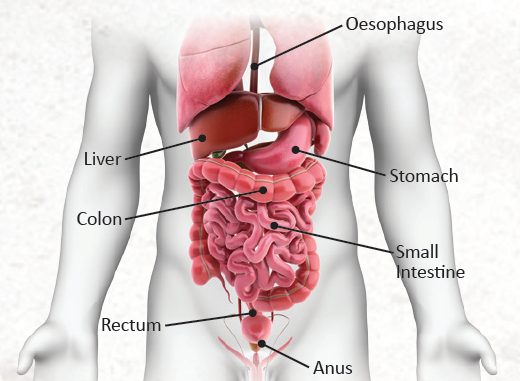 What to look out for?

It is important to recognise these possible bowel cancer signs and symptoms and have them investigated if they persist for more than two weeks: 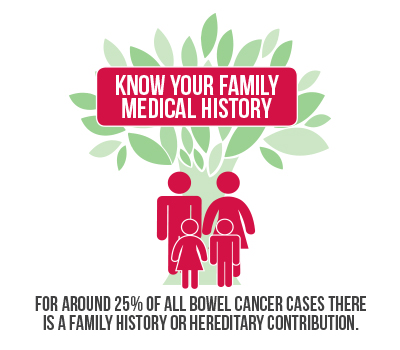 Reducing the risk of bowel cancer

Some risk factors such as age or genetic pre-disposition to bowel cancer cannot be modified but they can be monitored.You can help reduce your risk of bowel cancer by modifying your diet and lifestyle:

Medical guidelines recommend screening every 1 to 2 years from the age of 50.

Screening with a simple faecal immunochemical test (FIT) is one of the most effective ways to reduce the risk of bowel cancer. Free screening via the National Bowel cancer Screening Program is currently available for people aged 50, 55, 60 and 65 only.

The BowelScreen Australia program uses the ColoVantage Home test  kit. This is a take home kit that is simple to use and does not require any diet or medication changes.

See in store for more information about Bowel Cancer or to purchase one of our ColoVantage bowel screen test kits. 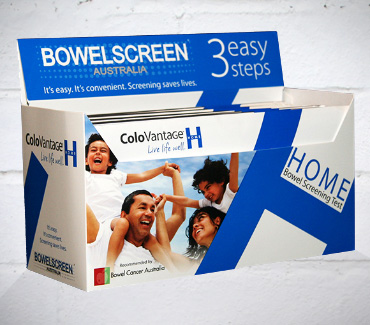